Gods have always been connected to the Amalfi Coast. 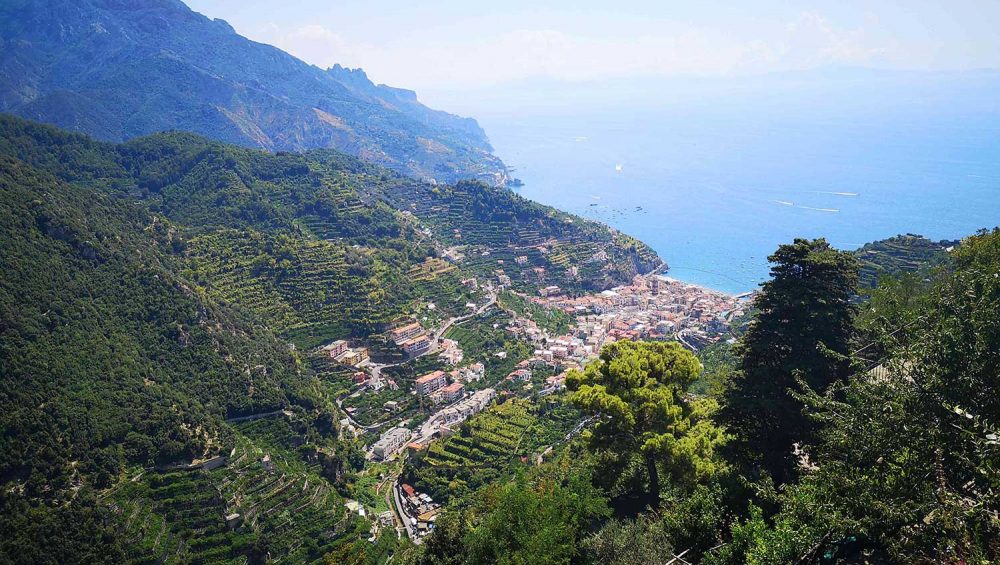 The boundary between truth and legend has always been thin. Many myths raise doubts as it is not known whether they are fantasy or reality. The story of Amalfi is one of them.
As many visitors know, Amalfi is a dream place that cannot be surrounded by adventures and legends.
One of the most romantic stories is the one about Hercules, son of Zeus and the nymph Amalfi.
Amalfi was a magnificent nymph and Hercules picked her as beloved and he was desperately in love with her. The nymph returned the same feeling for the son of Zeus and they started a passionate love story. Unfortunately, as often happens, something went wrong and the beautiful Amalfi suddenly died.

… and what remained of that strong love?

Hercules decided that his beloved could not vanish and he chose a tomb for her and for her memory. He picked the “Italian Paradise” for her because he was enchanted by its scents, the beauty of rocks and the sea.
He decided to do a last heroic gesture in honor of Amalfi: he passed the Dragon, keeper of the Garden of the Hesperides, the beautiful garden of Gods rich in flowers, fruits and scents. He took some lemons from the trees, he placed them in this corner of Campania, where his nymph was buried. Since that moment, that place has been called by the name of the nymph who he had loved with all his heart, Amalfi.
Lascia un commento Annulla risposta